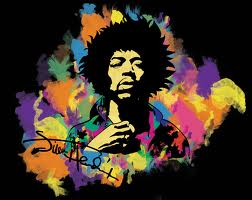 There is absolutely, positively, no un-godly way you know these chords I’m about to show you!

These are the shapes no glossy, colorful chord book you purchased at Barnes & Noble will have, and that’s because the people who made these books decided that they’re too tough for you to use. Can you believe the nerve of these jerks?

This is literally an entire world of music that’s been hidden from us all because we thought we knew all the chords. Now that I’ve enticed you, I shall deliver for you.

Do you know the intervals of a powerchord? More than likely you do, which is a root note plus a perfect 5th plus another octave.

And how many songs have you seen based entirely around powerchords or barre chords? Hundreds or thousands probably.

Now here’s the kicker……..How many riffs have you seen that use chord shapes with a different combination of intervals to them?

Not many more than that likely. The thing about making music and putting chords together to make riffs or melodies or such is that it all depends on the combination of intervals and rhythms you put together!

You can create brand new sounds by simply flipping many of the chords you already know, and I’ll give you some visual examples right now.

Think these are just run of the mill powerchords with an extra note? Think again.

Adding the 6th string to the powerchords starting on the A string completely changes the character of harmony.

That’s Eb major played in a slightly different way that still changes everything! So these two shapes alone are enough to completely alter what the way you put chords together on the fretboard, but I’ve got more……

Even the pistols knew a little bit about this concept apparently.

The 4-7 shape may not seem important, until you take a look at what the chords A and D are composed of………

That 4-7 shape contains the notes C# and A before changing to a D5, and it comes right after the A5.

These chord shapes can decorate an otherwise boring A to D change just threw a simple harmonic tweak! So remember that shape, the 4-7, while we do one more example……

It’s just A – E – A, but it uses more of the fretboard’s real estate. (That 4-2-3-2 shape is just a D/A, which is yet another slash chord) Imagine combining these shapes with single note lines, the shapes you just saw, or basic open powerchords.

Don’t wait to start using them. Do it now! Rearrange AC/DC or other band’s riffs to these shapes to open your mind to the possibilites.

As you can tell, I’m really, really excited about this concept and the entire body of music theory and harmony.

Why? Because it literally opens up so many new ways of doing guitar riffs and chord progressions that we ever though possible.

And most people will never know of them BECAUSE THEY USED A STUPID CHORD BOOK!

If you combine the knowledge of these shapes with how a musical key is formed, some funky rhythms, and how to put chord progressions together you’ll have an unheard of advantage over several other guitarists.