5 Horrible Guitar Playing Habits I Don’t Want Anyone To Pick Up! 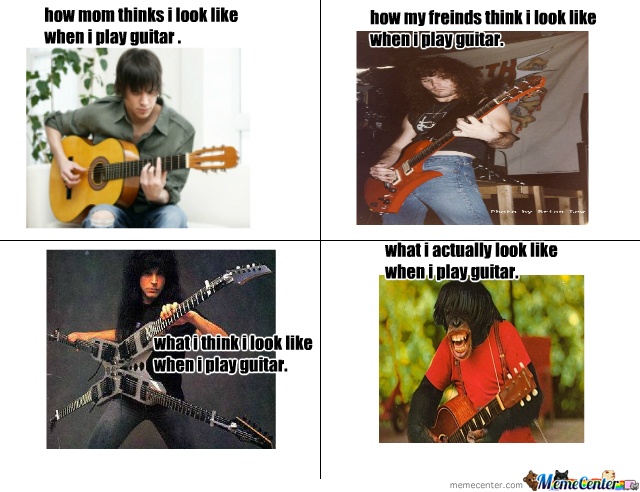 If I had someone to tell me what an ignoramus I was to do something as stupid as play a Marty Friedman solo completely downpicked…I could be at Steve Vai’s level! (haha I wish)

Unfortunately I had to lose money to overpriced distortion pedals, thumb through guitar forums for hints of how to play tricky SRV blues riffs, and iron out the bad habits like the downpicking all on my own.

Bad habits in terms of mindsets towards your approach of the instrument, as well as techniques and skills you failed to acquire, can take months or even years away from your progress. So if your goal is to be a serious super shredder or simply get past playing your best version of “Smoke On The Water” it’s about time to about face.

Let’s start with a story…… 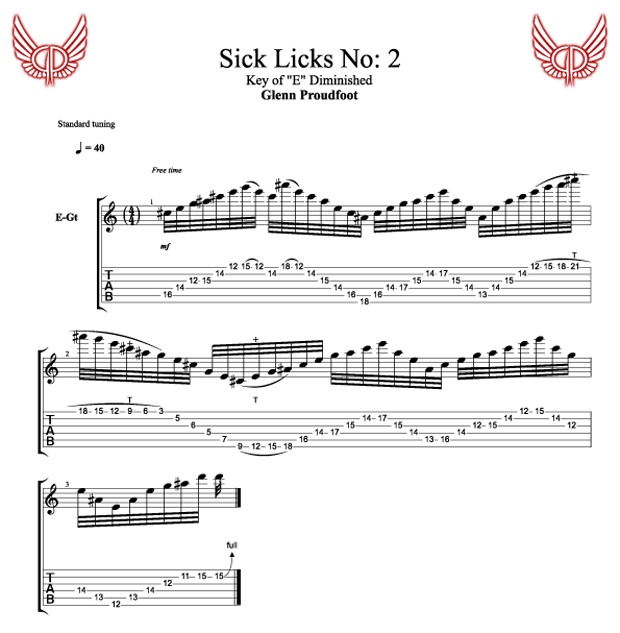 “Are you downpicking all of that?”

I stopped playing the 3rd solo of Hangar 18, and looked at what seemed to be the only other electric guitarist I knew at my college.

“Um, yeah?” I said back to him. Why wasn’t he impressed that I was playing a Friedman solo 3 years into playing?

He quickly showed me some licks and compared the techniques of downpicking and alternate picking. It was quite obvious which worked better for faster rhythms where you’re moving up and down strings…..

Later that day, I went back and learned nearly every riff over again with downpicking. All those riffs from the Black Album, Led Zeppelin IV, and Appetite For Destruction.

The lesson I wish to share? First, don’t act like a jackass when someone better than you is trying to help……

Next? Use downpicking strategically for some metal riffs, and alternate picking for basically everything that’s got to be played faster.

The coordination of your right hand and left hands is everything, and lately I’ve had to really test my technique to accurately hit some tricky 32nd note stuff I’ve learned. When you’re playing that fast, it’s easy to get lost and trip on the sequence of notes you’re attempting.

So think hard about where to upstroke and downstroke, how to move across strings, and what I talk about in the next section…..

Refusing To Pay Attention To Rhythm For So Long

(Disposable Heroes Riff: Can you spot the rhythm in this series of E notes?)

To me this bad habit was the equivalent of biting my fingernails too much when I was a kid, picking my nose around my crush, and not using my turn signal in traffic.

It’s about the most destructive habit any guitar player can probably pick up as it will destroy any chance of you playing trickier guitar licks. However, I feel rhythm doesn’t get enough credit.

So many times I’ve watched a Rusty Cooley, Paul Gilbert, or Hot Licks video and they don’t pay attention to the triplets, 16th notes, and the occasional odd time signature thrown in.

It’s simply place your index finger at 12, your pinky at fret 19, and then do some legato until I melt your earbuds with an artificial harmonic! (okay I’m exaggerating, sue me)

I’ve had to spend a lot of time over the past few years getting a feel for smoothly playing 16th notes, 8th notes, 32nd notes, and a combination of longer note values together. Plus I’ve done that across every arpeggio and guitar scale I run through now.

Rhythm is a fundamental part of the entire sound of not only a guitar lick, but an entire arrangement of music. The interplay of harmony and rhythm is what creates a melody after all!

So I recommend learning some scale exercises to get the basic rhythms down and/or getting a metronome. Call me a hypocrite but I don’t like using a metronome, though I understand why they help so much.

Not Focusing On Learning More Licks 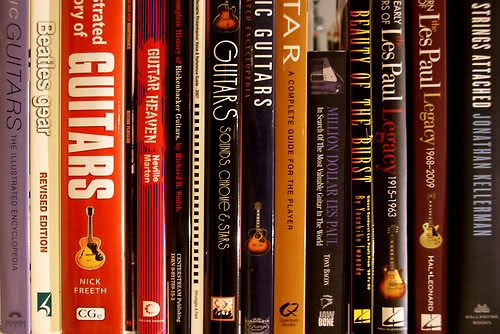 Yes, I’m obsessed with music theory! Breaking down a melody or guitar lick releases all the dopamine and norepinephrine normally reserved for babe watching. I just can’t help but feel I’ve uncovered a precious secret that Slash or someone else has attempted to hide.

That however has prevented me from doing the actual work of alternate picking all those 16th notes like he does over a mixolydian style chord progression.

What I’m trying to say is this……learning licks help you see first hand how another guitar player navigates the fretboard, and gives you plenty of ammunition to recycle when you’ve got a solo or riff to create yourself.

So my suggestion is use theory to learn the lick quickly, but practice it so it becomes part of your musical language.

Playing Acoustic Or Electric Too Much

I’ve been on both extremes of the guitar spectrum. I’ve plugged in a Marshall JCM 800 halfstack in my small dorm room, and also spent months playing all my licks on my Taylor.

I highly recommend that every player who wants to get serious learn plenty about both instruments (and I totally believe they are two different instruments), but avoid spending too much time getting lost in either world.

You see, when I went back to electric guitar after ignoring it for awhile, my skill at dampening noise had decreased or my fingers just felt awkward playing it. I was too used to the increased resistance of the acoustic!

However, the opposite would happen too, and all my skills at fingerpicking and chord stuff needed to be practiced again for awhile.

Not Focusing Enough On Technique 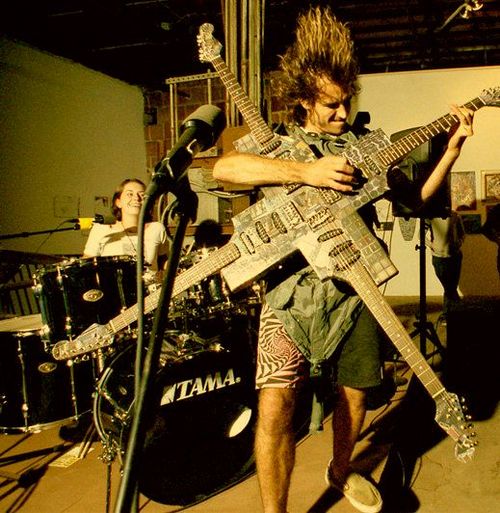 Finally, there’s this one…….

Again, I’ve spent too much time staring at the insides of a tablature instead of listening to how my playing sounded out of the amp.

Many of you may not be as wrapped up in the creative aspect of making music, but to me this is why I play the instrument. But it’s gotten the best of me as I’ve ignored many crucial issues.

This is all tied into consistently learning licks, and seeking new ways of navigating the fretboard. You get a handle on all these issues and the littler ones as you take on each new challenge.

So there you have it! These are the bad habits I’ve struggled to lose, and the ones I hope you avoid.