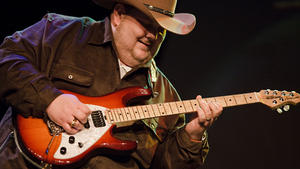 To show you how effectively you can use the fundamentals of music towards any genre, I’m going to giving you the cliff notes version of Country Electric Guitar in 3 EASY STEPS.

I’ve always hated the idea of learning licks because I somehow knew that you couldn’t really use them in your own music. Maybe as a spin-off or if the harmonic structure was the same as where it came from, but why copy someone else’s song?

The fact is that every genre is based around sounds that you can instantly recall to the audience. This is because genres are built out of formulas that can be replicated through theoretical concepts.

I’m calling this a guitar hack. If you can life hack and travel hack, by damn you can hack a piece of wood with strings on it…..

It’s All About How You Tweak The Knobs 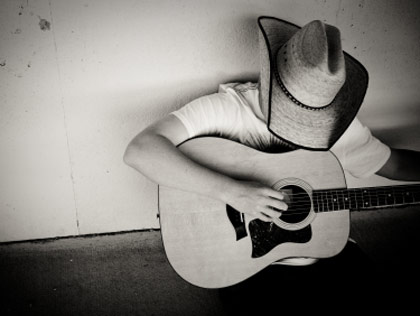 The first step is REALLY simple as it just requires the ability to turn a few knobs.

When I had a telecaster I noticed how much natural treble these pick-ups have in the bridge pickup so I would leave it solely on that. Depending on what guitar you have you may want to dial that treble down or up to match the telecaster sound.

But you don’t need a telecaster because country is built around a more bassy sound anyhow. It’s important that the bass stay around 7 or 8 on your amp in order to avoid getting the gain of a rock sound while keeping the treble sound in the 1st to 3rd strings.

A lot of country is played through a clean channel with maybe a tinge of distortion or gain. Once again, you don’t want the treble to drown out the bass quality of your guitar we’re trying to dial up.

This is about all there is to getting a decent country tone. More bass in the lower strings, and more treble on the highs is the recipe in most cases, but feel free to mess around with it as not everyone has a telecaster or fender amp.

Everyone studies and breaks down Brent Mason, Danny Gatton, and Albert Lee’s guitar solos until the cows tip over, but rarely get to the core of what they’re doing.

Once you have the tone, there is little else left to do once you know a scale. Almost every country guitar solo is based out of a major sound while they mix in minor sounding intervals like the minor 3rd, minor 7th, and diminished 5th to add variety and tension to the basic chords they’re playing over.

It can all be summed up in this pattern here in E Major at the 9th fret:

For those of you who have some knowledge of lead guitar and scales already, what do you see?

Hopefully, you see the blues scale pattern in a different spot, except with three new notes: D, G, and A (In Bold). Why did I present the scale this way?

Because if you can simply readjust the common box pattern to a new situation you won’t have to change anything really. These new notes are there for two reasons: the G is there to mix some color from the parallel minor pentatonic scale that features it, and the D is there to accommodate the recurrence of the b7 interval that shows up so often in Country.

And for those of you who really know theory you’ll know that D makes the scale a Mixolydian Mode note. Why is this important?

That’s what brings us to the final step…..

The progression E7 – A – E7 – B7 is very common in country songs in E Major. Again why? Well because the major chords situated at I, IV, and V in E Major are used to get the country sound.

And the E Mixolydian mode happens to contain all the notes these chords are made of:

Add that G from earlier and you’ve got lots of chords you can easily play over with the scale pattern and notes I showed in the second step.

Want to know one song that uses these chords? “Folsom Prison Blues” by Johnny Cash, and then there’s “I’ve Got a Tiger By the Tail” by Buck Owens.

This pattern doesn’t only show up in E Major as it also shows up in G, A, and D Major, which are all common country song keys.

If you’re aware of how to play around the fretboard, and accent chords with a scale you’ve got all the information you need.

This is where the application of chickin pickin, open notes, banjo rolls, and pedal steel bends all come in handy.

Use them to accent these changes!!!!

There you are. The 3 steps are to get an appropriate country tone, use a major sounding scale, and apply the notes to the common chord progressions in country music, like E7 – A – E7 – B7 in Folsom Prison Blues.

That chord progression will vary with the addition of substitute chords and variation of the order of these chords. But that’s it! You can now play most country songs out there!