6 Of The Guitar’s Biggest Problems Today 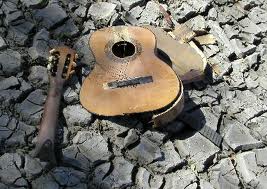 The guitar is starting to get left behind in the music world. All of our musings on scales, Hendrix, and the degradation of the “mainstream” are causing a seriously unhealthy outlook on the reality of the industry, while helping us put aside the fact that the instrument is becoming irrelevant.

Hardly. I used to miss the days when Eddie Van Halen played with David Lee Roth, and I thoroughly enjoyed my participation in the Megadeth-Metallica rivalry. Those are just a few examples of my love for the rock n’ roll past and I could go on and on about it’s importance.

It was the best music school anyone could possibly attend, and I still believe it’s a necessary rite of passage to every musician/guitar player/music lover.

And in this school I learned a very important lesson that I hope to lay out before you in this piece: music can only move forward, and not backwards. 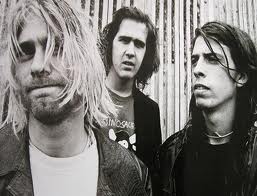 What happens when all the great indie bands get swallowed up by all the majors?

Cobain: Chalk one up for capitalism. Let’s get our top hats and tails and have a cigar. Alternative music is no longer alternative once it’s in the mainstream.

Krist: Something weird’s gonna come along, some wave-like, bands are gonna wear long-flowing robes, play xylophones and chant, and it’s gonna be hugely popular, and rock n’ roll will disappear completely. There’ll be some kind of industrial kazoo music. Rock has come full circle, and it needs to redefine itself or die.

Cobain: Every band since the mid 80s has surfaced in a revival act. It’s a sure sign that rock is slowly dying. There’s nothing like wallowing in the past when everything in the future looks bleak. It happens in every art form. When they’re afraid of what’s in front of em, they always look back. They’ll reach a plateau, and they’ll think everything’s been done, but in reality, they’re just not thinking hard enough. They’re just stalled. If everybody gives up, though, that’s when things start to die.

Right now you may be thinking of ways to discount my opinion. What about Slash and all the success he’s had since appearing in Guitar Hero? How do you explain the success of Breaking Benjamin, the White Stripes, or John Mayer? The rise of Guitar Center?

I’ll tell you why. We are obsessed with making sacrilege to the past. Our identity as musicians is always being sacrificed as tribute to a legend who may or may not have any relevance to today’s music anymore.

Remember the band The Darkness??? When they came out everyone compared them to AC/DC and Queen and held this desperate hope that they, or anyone, could make rock n’ roll king again. 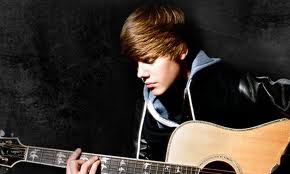 They failed, for a number of reasons, but a big reason is because they had no identity of their own. The spandex came from the 80s, their guitars were the same as their heroes, the antics belonged to another band, and their lifestyle is the same that destroyed their predecessors.

We’ve seen it all. You got anything else?

Everyone steals from each other and I believe that “originality” is a concept someone made up. It’s impossible for a band to have a completely separate idea.

Yeah yeah yeah. I get that too.

However I believe that what makes anyone and anything unique is that their work is ultimately a manifestation of themselves. We all have loads of unique traits that we delete, reject, and write over that are immensely useful.

All the stuff we learn from the past is simply what we all have in common. It’s what makes us human and what makes us love music.

Our nostalgia, our wish, our dream that we can relive the past has kept us from realizing the present and determining a future for the guitar. We endlessly recycle pieces about Zakk Wylde, Randy Rhoads, Metallica, (insert your favorite artist here), and never get around to learning anything new.

This belief has become very deadly for the future of the guitar and it’s place in the music world.

How can we undo this? I’ve got some ideas.

Lots of money has been made through the sale of guitar lessons and I personally don’t believe in them. They rob the prospective student of the in-born confidence and self-reliance he or she will need to become a skilled player. It’s a testament to our failure as educators that we’ve become more concerned with claiming a few dependents than setting more people free with the power of music.

We need to start emphasizing that music is an invisible art that can’t be learned through observation alone, and by observation I mean youtube videos and in person demonstrations.

The musical ideas regularly expressed through the instrument have become stale. When I was myself a beginner, I quickly tired of power chords and G-C-D progressions. 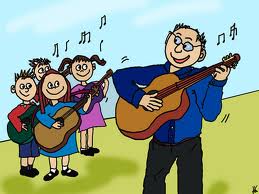 Where’s the creativity??? It was banished when the idea that ignorance of the craft of making music (music theory) was the way to create “good” music.

After my extensive study of theory I’ve come to explore many ideas that can be explored on the guitar: voice-leading, implied chords, blending melody with accompaniment, stealing techniques from other instruments like violin or piano, and less reliance on the concept of scales.

The key to making the instrument sing is a firm grasp of musical harmony, which is the study of the combination of musical notes, to put it simply. Making harmony, and not playing scales, must be put into further importance in our playing.

We haven’t been practicing a musical concept, but another riff with minor variations.

So let’s face it.

The musical scale has become as common a tool as duct tape. It can be used to “fix” nearly any problem, but not effectively.

Our irrational fear of losing our creativity by learning music theory is holding us back, and actually preventing us from developing our full musical powers.

Problem #4: The Refusal To Adapt Music Theory To Guitar

Music theory must become as important as guitar technique. It’s the only way we’ll ever learn to consistently re-imagine our playing methods for new situations we’ll find ourselves in.

It is the most important tool in our toolbox because it’s the most versatile. Having a masterful grip on this concept is like having a garage full of contraptions that’ll suit any household duty. It’s an arsenal of musical ideas that will help you build a skillful command of the art of music.

We’ve really screwed up by not catching up on our homework and it’s about time we went back to class.

Problem #5: Too Much Focus On Virtuosity

Great guitar technique does not equal great art, and if you need proof of this you can browse youtube for examples. 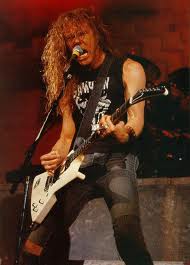 Guitar virtuosos, most of them anyway, have little to say about the human condition because they’ve never made time to acquire self-knowledge. This is due to our fear of things that are “smart” or “intellectual” and because, again, the failure of our teachers to make us think.

It all comes down to the terror of realizing that maybe we’re not as smart, talented, nice, and secure as we think we are. It’s a scary thought, but it’s unhealthy to repress it and try to kill it off.

I suggest we start getting a little more curious about matters of the human heart, and less about how hard we can shred.

Problem #6: We’re Unable To Leave The Past Alone

In order to do the things I’ve suggested we need to start learning from areas other than guitar technique. The piano, the human voice, the English language, filmmaking techniques, and, yes, music theory are all places that we can enhance our perspective of the guitar.

One way to change our way of thinking about the guitar is to discover concepts we didn’t know existed already. It’s our comfort and self-absorption that have kept us from seeking other solutions to the problem I’ve been discussing.

You may think that what I’ve mentioned so far is unrelated to the guitar, but since music and the topics I just mentioned are essentially forms of communication we need to take a closer look at them. It’s hard to relate a story to your audience in the midst of showing how many scales and arpeggios you can play.

If you’ve come this far you may think that I have an ultimate solution to the problem we’ve examined. It is this:

This is the essence of all communication: to understand, and to understand is to love, to demonstrate compassion.

The Biggest Musical Failure Of Our Time 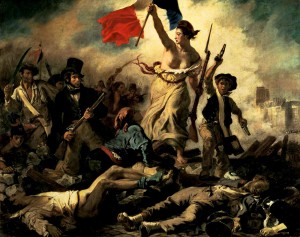 The guitar is no longer a symbol of rebellion, but a mark of conservatism that dishonors the rich history we’ve consistently failed to uphold. It’s no longer used to break down barriers, but to build new ones that mask our insecurity from the audience we’ve lost to the dreaded mainstream.

Even worse is that the proof that guitars are falling in popularity. The screenshot below says it all……

This is a chart of the amount of news headlines with the word “guitar” in them, according to Google. Ever since 2007, where the chart has its highest peak, the interest in the instrument has declined.

In order for the guitar to have much relevance again it needs to reenter the mainstream (despite what Kurt said above). I’m not suggesting that we have Slash play along with Justin Bieber (he might anyway), or that we encourage Taylor Swift to act more like Courtney Love.

I’m suggesting that we find someway to relate to the audience that exists today, and stop trying to change it. Demanding that they stop acting like zombies or discover “real music” only reveals how entitled we’ve become and how much disrespect we have for the audience’s needs.

It is we that need changing because as long as the public remains uninterested, the more significant our irrelevance will become.