6 Rules Your Guitar Teacher Doesn’t Want You To Break, But I Do 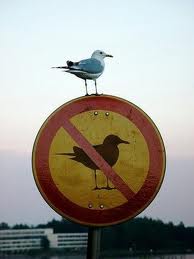 This post is going to be a lot of fun because I’m going to repeat an awesome mantra I want you to adopt.

Are you ready? The rules suck. I mean isn’t it a lot more fun to crash and burn than to look both ways?

That’s right, going the speed limit is lame and quite frankly it’s thrilling to approach women who are supposedly out of my league. Both activities let me know my heart is still pumping while I’m still remaining relatively safe.

This is all in good fun! I don’t actually advocate putting yourself in harm’s way.

And I didn’t say the rules are wrong, just that they suck. With music and almost every discipline we want to learn to bend the rules.

Bending the rules is like going 70 instead of 55, while going 100 is plain stupid. It’s just like seeing how durable your strings are by destroying the guitar.

That might be taking it a little too far….

The point I’m making is that I want you to have fun breaking the rules and disregarding the “right way” to play, but don’t get carried away. We don’t want to end up like the Who by the time they played last year’s Super Bowl.

Here’s how to get started creating mass chaos….

Skip the lessons and play what you want to play.

Ditch the scales and chord changing exercises, and play that frickin awesome riff already! It really doesn’t matter if you play it close to the original or not. Most live bands never come close to their original sound either!

Okay I’m bending the truth a little bit, BUT it doesn’t defeat the point I’m making. It’s okay not to be really good at a riff you like to play. The thrill is just playing it. The whole punk movement is an example of this. Once they got the powerchord down they were set and ready to go.

Most teachers make the mistake of wanting to make Nashville session musicians out of every student when that’s rarely their goal. So forget about the exercises and play some damn music.

Note that if you’re adamant about the exercises just do it for a few minutes and stop. They’re only for warming up anyway.

Play every riff as fast as you can.

The only thing worse than having to drive the speed limit is going below it. No matter how safe this speed is you’re going to notice everyone else flying past you and want to catch up.

Telling a student that they’re not ready to play a fast riff is like telling someone who has a Ferrari not to take it out of the garage!

Alright enough with the metaphors, it’s unreasonable to expect somebody who wants to play Metallica to spend three years practicing the riffs really slowly until they’re “ready” and have the technique to play it perfectly.

Try, try, and try again until you’re close because it’s better to play a riff badly than not playing it all.

Stay away from the basic chords if they’re not your game.

This will not work for everybody because most people pick up the guitar just to strum these basic chords. I’m not saying that they aren’t not important to master at all. You definitely need them for lots of songs!

It’s just that some styles of music, like metal or punk specifically speaking, aren’t big on using them. I learned the basic chords and learned a couple of songs using these chords my first year, but afterwards I went back to mastering the Metallica songbook.

In U2’s Rattle and Hum DVD, there’s a scene where B.B. King is rehearsing a song with the band. B.B. asks Bono if there is someone else who can handle chords because he felt he’s no good at them. Bono basically said it wasn’t a problem and Edge could handle it.

That is huge. If a legendary player like B.B. can tell himself he doesn’t want to play chords, why shouldn’t you too?

I’ll clarify my point again. Decide what you need to work on to play the songs that you want to play. Many instruction methods, maybe even mine, put too much emphasis on chords when a lot of the guitar’s repertoire is focused on double stops, power chords, and single notes.

In fact it might better if you stayed away from them so that you’ll get to see other sides of the instrument. The basic chords do most of the work but ultimately make up one portion of learning guitar.

Use lots of distortion.

The first time I stepped inside Guitar Center I bought the effect pedal that I thought had the most distortion, the Boss Metal Zone! Once I got home it sounded like I had walked into an Imax theater blaring white noise. Not only had I squeezed every drop of distortion out of the pedal but I had combined it with the distortion of my tiny Marshall practice amp!

So the sound was god-awful but I still had a lot of fun. Just like the rest of these rules it’s more exciting to break them outright than carefully step around them.

Don’t practice this around your loved ones or they might disown you…..

Go ahead and learn all the tricks.

The tricks are playing behind the back, tapping, pinch harmonics, anything involving the whammy bar, and just about everything that makes up Eddie Van Halen’s repertoire.

Learning the gimmicks first is necessary in order to learn the more important stuff, like rhythm, so that we can get it out of the way.

It’s like when I wanted to learn a couple of MJ’s dance moves. I learned the moonwalk but I know that right now I don’t know a damn thing about everything else that involves learning to dance and I don’t really care. I can get to the so-called “important” dance stuff when I feel like it.

You can argue day and night that you’ve got to learn to crawl before you can walk, but that doesn’t apply to lots of things, like basejumping.

Either jump off that cliff or don’t!

Okay, the real reason I recommend doing this is to just get it out of the way already. They’re all gimmicks that have very limited uses. After you’ve heard all the pinch harmonics and spent lots of time doing your best Hendrix impression you’ll want to play it normally.

You’ll find out that playing like Hendrix is exhausting and you’ll throw out your back eventually. There’s some danger to this approach, just like in basejumping.

Eventually you’re going to find it easier, and less terrifying, to hike to the bottom of the cliff.

Did he really just say that? Yeah, you heard me!

Don’t schedule a time of day to play and don’t commit to playing for 30 minutes a day or even 5 minutes a day. I’ve already told you to ditch the exercises so it only makes sense to ditch practicing too.

Wait, Wait, Wait!!! Keep reading. I’ve got a good excuse for this!

Instead, play a couple of songs that you really like and just try to play them as best as you can. After you get a couple of riffs down keep learning new ones. This way you’ll eventually get to the point where you’ll have to practice the exercises in order to play something other than Deep Purple and AC/DC.

For the first couple of months you will more than likely spend time practicing by yourself so it doesn’t matter if you break the rules or not. What many teachers are worried about is that you’ll develop bad habits that you can never break out of if you don’t do everything correctly from the get go.

The reality is that you’re going to make mistakes and you’re not going to know what the bad habits are at first anyway. Allowing yourself to learn the bad habits might be the best way to learn at all. There’s is nothing that you can’t fix later on.

If Django Reinhardt could cope with having only two fingers to play with you can deal with a bad set-up, a lack of technique, or any other problem you come across.

Trust me, I had every bad habit out there at one time and it seemed like there was little hope to save myself.

These are the rules. Have fun breaking them. You can find out whether you need them later.