Login
Menu
Discover The Closely Guarded And Nearly Indecipherable Secrets To Jimi’s Hendrix Guitar Style That Everyone’s Been Wanting To Grab For Decades! .
If You’re SICK Of Not Having Masterful Guitar-Playing Abilities Like Jimi….Then Watch This Video And Find Out….
Learn The True Story About How Jimi Effortlessly Created His Own Guitar Licks And How You Can Too
The Tweaks To Becoming A Better Guitarist Are Easier To Learn Than You Think……
Hi there!

This is Matthew King from Play It Loud and I Freaking Love Playing Guitar.

There is certified GOLD to be found in Hendrix’s playing style that many, many guitarists have failed to implement into their playing, and it’s entirely for the taking.

And with what I’ve got for you today, it couldn’t possibly be any easier!

This is not something where I throw a few licks for you to learn, and you go and practice them.

These are real, easy-as-hell to implement solutions that’ll change your guitar playing FOREVER!

Like you, I’ve spent way too much time browsing guitar tabs on the internet and making my fingers hurt learning lick after lick.

I often felt inadequate when I compared myself to Hendrix, but after awhile I stopped because I found out something…….

He wasn’t always the guitar god we now know him as now.

And when I learned that. It made me feel like I could start to reach the very high benchmark he had set for an aspiring musician like myself.

Let me tell you a story about him, and reveal a few things no one else may have before…….

Click Here To Get The Jimi Hendrix Cheat Sheet 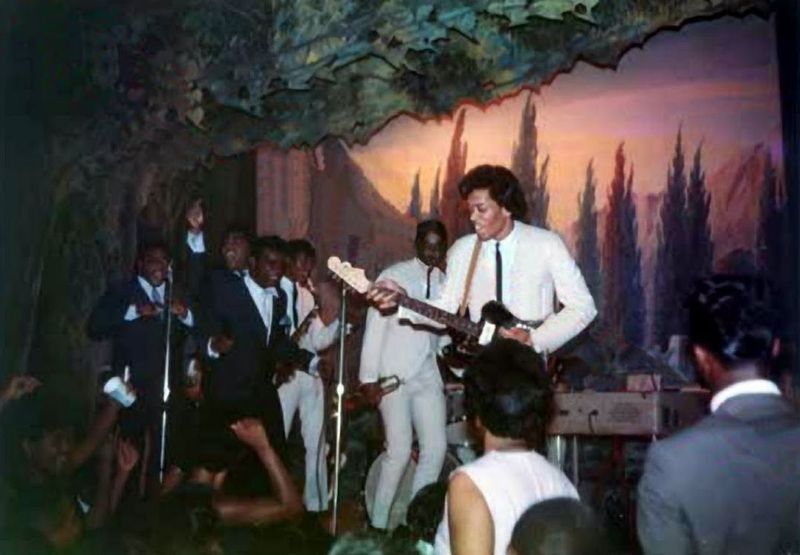 Jimi’s progression as a guitar player is so wrapped up in myths that it’s VERY hard to get the truth.

Before he mesmerised his audience at the Monterey Pop Festival….you know, the fest where he burned his guitar at the end……he was playing in dive bars just like most.

There’s even one story I read of where he was attempting to do some BB King type solos, and was BOOED for it. The audience hated his guts, and he ended up feeling horrible about it.

This all started when he was a part of the 101st Airborne and met Billy Cox, his future bandmate in the Band Of Gypsies project.

What did he play? Covers of Chuck Berry, Elvis, Muddy Waters, Howlin Wolf, you name it. Just like everybody else did.

How did things start to change for Jimi? When he started challenging himself, and got out of the cover band routine.

(And yes, he played by ear up till this point too. Keep reading as it gets interesting……)

He started touring with several bands who are now legends in rock, pop, and R&B.

During this time, he recorded guitar with several of these bands in the studio and of course got lots of chances to learn and refine his technique.

He also met several bluesmen along the way like Albert King, who I read had laughed at Jimi for asking his secrets……but told him anyway.

Albert King and many others thought Jimi was just a strange kid who wouldn’t amount to nothing.

Besides meeting Albert King, he also met and jammed with Steve Cropper, the famous guitarist for Booker T & The MGs, the house band for Stax Records.

Can you imagine how incredible an influence these meetings had on the younger Jimi Hendrix??? 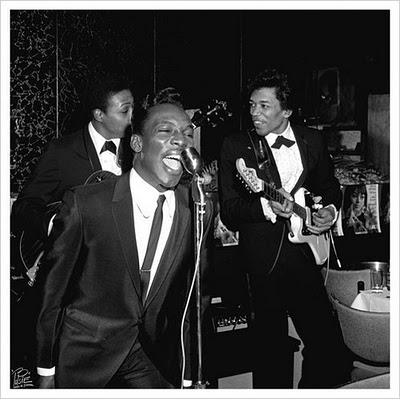 That’s Cool… But How Will This Make Me A Better Guitar Player???
Jimi has gone through not only many, many guitar playing issues but tons of drama with his own bands on the way to stardom. He knows your pain, and his story provides clues on how to overcome them.
That’s right.

He was later FIRED from Ike & Tina Turner’s band.

If you don’t know Ike Turner well, this is the guy who Eric Clapton was deathly afraid of playing with and thought was one of the best guitarists ever.

Now I have no idea how much you know about the guitar, but these singers and songwriters were some of the people who helped build the entire foundation of rock n’ roll.

Wilson Pickett was a famous singer and songwriter for Stax Records.

Ike Turner claimed to have wrote the first ever rock n’ roll tune called Rocket 88 in 1951.

Jackie Wilson was a huge influence on young Michael Jackson.

Sam Cooke could claim to be the first great R&B legend having died young in 1964.

Their music had a different vocabulary of chords, rhythms, and melodies than the artists that Hendrix first learned from.

This is what set Jimi apart as many other guitarists didn’t have these same experiences, and there were no guitar tabs covering all the ins and outs of this style at the time.

Having the best of so many worlds, and this insane experience, helped him later meet Clapton, Paul McCartney and Ringo Starr, Brian Jones of the Rolling Stones, and many, many other artists……

Including Chas Chandler of the Animals who signed Hendrix to a record contract after hearing him play in a small club in England, and then managing him and the rest of the Jimi Hendrix Experience.

When you ignore the myths and Hendrix’s flashy guitar tricks and sounds, you get this story.

At this point, Brian Jones introduced the Experience at Monterey Pop so that he could then upstage The Who that played before right before Hendrix at the fest.

And that’s where the legend began, and later how he was able to record his great albums like Electric Ladyland and Axis: Bold As Love……

But Wait, You Don’t Have To Tour With All These Non-Existent Bands To Learn The Same Things! That’s What This 16 Page eBook Does For You!
Chances are that you don’t have it nearly as hard as he did.

And if you think you’ve had it hard, you need to know a little more about Jimi’s struggle to become who he’s now known as.

Him and his brother Leon stole food from their local grocery store in Seattle to feed themselves, and did so because they were neglected by their father Al, who coincidentally became Jimi’s heir to his estate.

And remember that he got booed, kicked out of some of the best backing bands ever, discharged from the military, broke and penniless, and sadly addicted to drugs and alcohol probably to cope with all these troubles.

Hendrix had tons of success and left an incredible mark, even though it wasn’t enough to save him.

your days are probably consumed by……..

That’s all great, but it’s not getting you anywhere!

Learning more music, and studying it closely is the key to becoming a better guitarist.

But more than likely you’ve got your plate full with other things, like having a life, to go through this mess.

Which is why I wrote this quick little eBook to detail the techniques that Jimi learned before he lit his guitar on fire.

They include a few simple steps, which you can learn in less than 30 minutes (seriously), and you’ll be able to read all about them in a minute.

Imagine for a moment…..

Using just one or two of his methods to reinvigorate your playing. Without wearing yourself thin by practicing the same exact scales all the time and convincing yourself that you’re getting somewhere.

Then effortlessly creating solos, riffs, and melodies that reflect your own personal style.

And permanently ending the frustration of not quite figuring it all out, and later changing the way you see the fretboard in a way that makes you so much better than ever before.

Well believe it or not…….what seems a like an unattainable fantasy is about to be your new reality.

Introducing The Jimi Hendrix Cheat Sheet! Easily Play Guitar Like The Greatest Ever Using These 6 Methods!
This is an absolute life-saver…..most definitely.

This is a quick-n-easy read that puts several of Jimi’s hottest guitar secrets right at your fingertips.

In minutes, you’ll have everything you need to start seeing the fretboard like a legendary guitarist does.

And without all the hassles of chasing down famous musicians, studying tab books, or dealing with the let-downs of the gigging lifestyle.

You could always practice for 8 hours a day until you happen to chance upon all of these techniques, but why bother?

If you don’t believe anything I’ve told you is true, then go ahead and do a few google searches.

Search for a guitar tab of Little Wing or Machine Gun, look up whether Ike Turner hired Jimi, read his wikipedia entry, or buy a copy of his biography “Room Full Of Mirrors” and sit down with it for awhile.

I bought that book in 2004 shortly after I started playing, and it taught me everything I’ve told you.

There’s nothing holding you back from learning what Jimi knows, especially since you have the opportunity to buy my product, get sheet music or tabs of what he learned and played, or go on YouTube to find these clips and watch him shred.

In order to get better as a guitar player, you’ve got to stop giving yourself these lame excuses as to why you can’t get better.

You don’t need a better guitar, or to practice more.

You need to take the job of making music more seriously and answer the call I’m giving you to walk down a different path.

I just told you Hendrix’s story and how he struggled to create his own style.

After all the grief he went through, as well as yourself, don’t you think you deserve to make this easier on yourself? 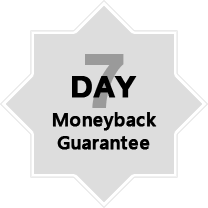 We are so confident that you will absolutely love The Jimi Hendrix Cheat Sheet that we are offering a full 7-Day, no questions asked, money-back guarantee… We take all the risk so you don’t have to…

“Wow Matt, This Will Shave Hours Or Possibly Years From My Learning Curve! I’m Dying To Know How Much This Costs?”

You won’t have to pay $2000 for a new custom stratocaster.

You won’t have to pay $200 for a fancy Dunlop Hendrix Wah pedal that they claim is set to his same specs.

You won’t even have to pay $30 for a big tab book of his guitar solos and riffs that you’d either have to learn by ear or figure out on your own.

Get The Jimi Hendrix Cheat Sheet Now for Just $27
I want to prove to you that I want to help, as I could easily charge a lot more for this and find people who will pay for it.

You’ve already invested too much and suffered enough to get the ball rolling on your guitar skills.

Take this chance to get the inside knowledge of Hendrix’s style that he never revealed to anyone, and that anyone who else does understand won’t reveal period.

This is going to help lots of guitar players out, and I may raise the price just to drive away the people who won’t use this.

Buy this while the buy button is still up! Thanks for reading, and rock n’ roll!!!

P.S. Do you wanta know Hendrix’s secrets or not? Yes you do, DUH! I’ve read tons of articles, bios, and guitar tab books looking for clues. THIS is the creme de la creme. It’ll take you ten minutes to read this, ten more to implement a few techniques, and it will last you a lifetime! I will teach you how to play the fretboard like this master guitarist, and it requires no licks and very little practice to do so. Now stop reading, and go take some action! I can’t wait to hear about the changes in your guitar playing.